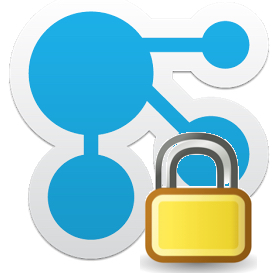 In a prior blog post, I showed how we deployed a Java based application to IBM BlueMix. But as you may know, the Darwino platform is pervasive and can run applications on many different applications servers, while connecting to many different relational databases.
So let's deploy a Darwino app to Azure, using TOMCAT and MS SQL Server.

Similarly to IBM Bluemix, Microsoft offers an Eclipse plugins but, unfortunately, I cannot get it to work with large Eclipse Workspaces (see issue: https://github.com/Microsoft/azure-tools-for-java/issues/15). Let's deploy the application manually, until this is fixed.

1- Create an account My experience if you plan to keep your application running more than 30 days, then forget about the trial subscription. I initially used it but was not able to convert it to a pay-as-you-go subscription when the trial expired without involving Microsoft support. I gave up, deleted all the already deployed assets and redeployed them with the proper subscription… 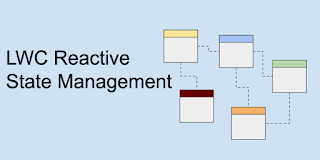 If you started to create LWC applications, you might have found that managing the state of a component is trivial, thanks to the reactive properties and the @track decorator. You do not have to deal with a specific state property, or explicitly ask the component to render when its state changed.

Now, when your application gets more complex, you often want this state to be shared with other components. This is when state managers, like Redux or MobX, come into play. As these libraries are technology agnostic, you can obviously use them with LWC components. To make it easier, you can even create a few helpers, typically wire adapters.

But can we create a store manager that is closer to LWC, leveraging the core LWC capabilities to provide global state management?
Towards a Reactive LWC Store First, the code described bellow is available as a library published here: https://www.npmjs.com/package/@lwce/store. The source code is on Github: https://github.com/LWC-Essentials/wire-adapters/tr…

So far, ProjExec has been a really good citizen in the IBM/ICS world as we tried to reuse the core Connections stack as much as can (Dojo, OneUI, ...). But these technologies start to age while the browser technologies evolved a lot in the past years: what required a whole bunch of JavaScript using Dojo/JQuery can now be squeezed in a few lines using new libraries! It is time to change gears.

We started to look at what technology would better fit our needs. The main requirements are:
Make the developers productive - easy to integrate new developersHave a decent performance when the application grows - ProjExec is large!Can integrate with the existing code, and be used incrementally within ProjExecThe tool chain should integrate well with what we currently use (Maven, Eclipse...)Can be debugged easily, with mean full logsHave a eco-system with ready to use libraries (bootstrap, mobile, ...) We already started to use AngularJS 1.x 2 yrs ago for some new modules. The initial steps were p…