The rise of Web Components 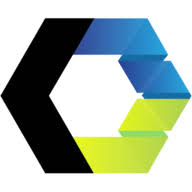 It is now been a while since people started to talk about Web Components. But it finally became a reality. As of the beginning of 2020, all the major browsers implement most of the specification. Moreover, the need to support some of the ancient browsers, like the older IEs, is drastically decreasing. Fortunately, there are  polyfills to still support IE11 and other not too old generation. So what are web components and should you use them?


Not that the idea of natively extending the HTML markup and isolating components is not new. There is prior art, like Microsoft HTC or Mozilla XUL. Web Components, instead of being vendor specific, are part of the W3C specification and work similarly on every browser following that spec.

Let's put it this way: they do not compete, they rather complement each other. The Web Components specification provides native behaviors implementation, thus helping the frameworks to be simpler and lightweight. On the other hand, the frameworks make it easier to write Web Components. If you were brave enough to write a web component manually, then you know what I'm talking about. What would take a few lines of React code could lead to hundreds using the bare Web Components APIs.

The Web Components specification is an evolving one, that still has gaps to fill. But it reached a state where it provides real value in term of performance and browser compatibility.


How to write Web Components

Ok, let's forget about solely using the raw browser APIs, but let's get help from Frameworks, as they handle a lots of things for us (data binding, event handlers, ...).

Even though existing frameworks came before the Web Components specification, they all have ways to create and consume custom elements. On the other hand, they generally do not (yet?) properly handle advanced capabilities like Shadow DOM:
If using these well known technologies feels appealing, they come with some caveats/limitations when it is about Web Components: the component models have different life cycles, they carry more code than necessary, the features are not matching 1-1...
Fortunately a new generation of frameworks, based on top of the Web Components specification, appeared. Will they replace the legacy ones is a good question. It won't certainly happen soon, although they make it easier and more efficient when leveraging Web Components.
Part of these frameworks are:
Choosing one framework or the other can be matter of preferences, skills or actual framework capabilities. But we should not forget a non negligible aspect, which is the sustainability of the technology:
These are fair questions that we need to answer before we choose a technology for business purposes. Of course, your mileage may vary.