Give a new life to your old Android devices

on September 03, 2018
As many mobile developers, I own a fair amount of devices that now start to show their age. They are still ok from an hardware standpoint, but Android is stuck at a 5 yrs old version. In particular, I own a few Samsung tablets (SM-T520, SM-T900...) blocked at 4.4 or 5.1. Samsung is really not good at upgrading their devices which is a shame. Yeah, I don't like Apple a lot, but my venerable iPad is smoothly running the latest iOS.

I took the labor day week-end opportunity to see if there is a way to upgrade these devices. Cyanogenmod is now gone, but the team started LineageOS, which is an up-to-date Android distribution based on the former one. The T-520 being 4.4, I decided to give it a try as I have almost nothing to loose. I also found that we can always recover from a bricked device by downloading the original ROM from Samsung. Ok, let's take the risk!

I used the instructions from here: https://wiki.lineageos.org/devices/n2awifi. There are good so there is no need for me to repeat them, but just throw in a few findings:

1- I started using a Windows 10 machine, but it always failed installing the Heimdall driver. I made different attempts, got different errors until I gave up. Maybe because I already had several Android related drivers installed on that machine? On the other hand, I did the same using my Macbook and it worked like a charm! Conclusion: use a a Mac, my friend!

2- The link to download TWRP is broken. I finally found mine here: https://dl.twrp.me/picassowifi/. The name of the device was different as n2awifi became picassowifi.

3- Have an SD card ready on the device so you can copy the OS images on /sdcard. Not sure if it works with the main storage, as all the instructions refer to /sdcard.

4- The recovery UI is a bit tricky. To get the Google Apps installed, you have to flash them at the same time than the OS, before you even boot to LineageOS. If you don't do that, they will be unstable. The Android initial setup process is different with or without the Google apps, I tried both :-)
When you flash the OS, first add the LineageOS image then, before flashing, click 'Add a new File' and select the GApps files for you architecture. They will be installed in order.

5- I got multiple crashes while flashing the OS. Yes this is scary, but the tablet crashed and rebooted during that operation at different flashing steps. It happened to me 4 times before it finally completed successfully. Also, after a crash, the special reboot key sequence (home+volume up/down) did not always worked. Try to shutdown the tablet often restart it it, without offefing the opportunity to enter the recovery mode. Be patient, try as many times as needed, and you're eventually get there.

The tablet is now working Android 7.1 smoothy, with all the apps I need. I have not seen any issue so far. I have not tried 8 yet as it is not officially supported (you can find the ROM anyway if you're adventurous). Maybe my next jump will be Lineage 16 (Android 9). I'll try that with the SM-T900!

LineageOS is a great way to revitalize your own devices, or buy some old but good enough hardware and upgrade the software version. The SM-T520 has a great 10.1 bright screen (2560x1600) at nowadays a cheap price! 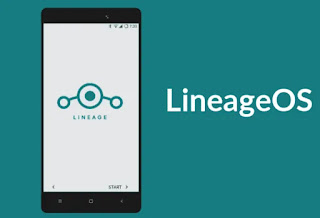